For James Salisbury the only thing worse than being found guilty… is being found not guilty
When James Salisbury, the owner of a British car manufacturer, ploughs his `self-drive' car into a young family, the consequences are deadly. Will the car's `black box' reveal what really happened or will the industry, poised to launch these products to an eager public, close ranks to cover things up? James himself faces a personal dilemma. If it is proved that he was driving the car he may go to prison. But if he is found innocent, and the autonomous car is to blame, the business he has spent most of his life building, and his dream of safer transport for all, may collapse. Lawyers Judith Burton and Constance Lamb team up once again, this time to defend a man who may not want to go free, in a case that asks difficult questions about the speed at which technology is taking over our lives.

There was only one problem I had with reading this book (and this is unlikely to affect many other readers): I had literally just put down John Marrs' novel 'The Passengers' which is also based around the concept of autonomous vehicles and is a nail-biting, fast-paced rollercoaster of a book which had left me with a bit of a book hangover.  Written from a completely different angle from John's book and at a much slower pace, it takes a look at the complex issues faced by the designer and manufacturer of a hybrid vehicle which crashes into a young family.  The vehicle has a manual override option, and the prosecution judge is determined to prove that James had control over the vehicle at the point of impact; James cannot remember the detail of the crash but is convinced the vehicle was in autonomous mode as he never manually drove the vehicle.  The conflict of emotions James is experiencing is heart-rending as he clearly believes 100% in the safety of his product however the fact that things have gone so devastatingly wrong have left him in torment. If the car was in manual mode, James could face prison however if his car is at fault then he loses everything he has worked for and has to face a different set of charges. Whichever way it goes, things don't look good for him.

What James is unaware of though are the ongoing politics among his staff and government ministers who are deciding the future of autonomous vehicles on the UK's roads.  If James's company SEDA can secure permission to release cars in the UK then things are going to be huge for him, as the company can then seek to release vehicles internationally. But the people at the top are not playing fair. Then there are personal issues in James's life which could potentially have influenced the decisions being made. Why was his wife spending so much time at the business premises in areas which she would have no need to be in? Who was she talking to and why?

This is a fantastic book of morals, politics and technology which may not be far away from our roads - it certainly made me think about certain angles to the autonomous vehicle arguments.  The effects on employment in the future - all the lorry drivers, bus and taxi drivers who would potentially no longer be required if the vehicles drove themselves; what happens when a vehicle crashes - the insurance implications regarding fault and payouts; should the vehicles be totally autonomous or is the manual override system essential for safety reasons? Abi Silver has certainly opened my mind to a whole set of issues which I had never considered regarding driverless vehicles and the research she must have done to be able to present such a multi-faceted story is mind blowing.

My thanks to Rachel Gilbey for allocating me a slot on the tour for this book, which I thoroughly enjoyed especially given the purely coincidental timing of reading it.


*Terms and Conditions –UK entries welcome.  Please enter using the Rafflecopter box below.  The winner will be selected at random via Rafflecopter from all valid entries and will be notified by Twitter and/or email. If no response is received within 7 days then Rachel’s Random Resources reserves the right to select an alternative winner. Open to all entrants aged 18 or over.  Any personal data given as part of the competition entry is used for this purpose only and will not be shared with third parties, with the exception of the winners’ information. This will passed to the giveaway organiser and used only for fulfilment of the prize, after which time Rachel’s Random Resources will delete the data.  I am not responsible for despatch or delivery of the prize. 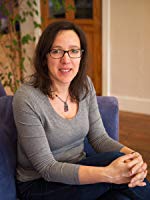 Yorkshire-bred, Abi Silver is a lawyer by profession. She lives in Hertfordshire with her husband and three sons. Her first courtroom thriller featuring the legal duo Judith Burton and Constance Lamb, The Pinocchio Brief, was published by Lightning Books in 2017 and was shortlisted for the Waverton Good Read Award. Her follow-up The Aladdin Trial, featuring the same legal team, was published in 2018.
Read more about Abi and her work at www.abisilver.co.uk .
Social Media Links –
Twitter: @abisilver16
Facebook: Abi Silver, Author